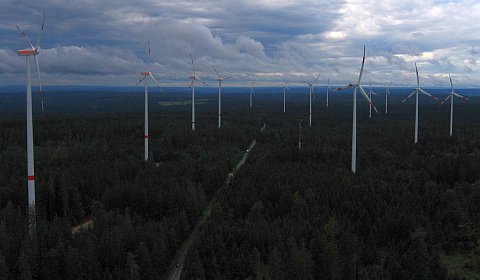 Germany’s wind and solar experiment has failed: the so-called ‘Energiewende’ (energy transition) has turned into an insanely costly debacle.

German power prices have rocketed; blackouts and load shedding are the norm; and its idyllic countryside has been turned into an industrial wasteland, with its forests, no exception (see above).

Hundreds of billions of euros have been squandered on subsidies to wind and solar, all in an effort to reduce carbon dioxide gas emissions. However, that objective has failed too: CO2 emissions continue to rise.

But you wouldn’t know it from what appears in the mainstream media. Its reticence to report on what’s actually going on in Germany probably stems from the adage about success having many fathers, and failure being an orphan. Having promoted Germany as the example of how we could all ‘transition’ to an all RE future, it’s pretty hard for them to suck it up…