To the Student who is dreaming of a Carbon free life

To the Student who is dreaming of a Carbon free life

Claim 9: The oceans are becoming more acidic due to the increased CO2 and erosion of carbonate rocks by acidified rain, so that corals and other animals are being harmed or killed.

Truth: This is partially true, but not to the extent that is claimed. The oceans are naturally alkaline (non-acidic) and are buffered by minerals and by the activities of biological systems. (See below for explanations of pH and buffering.) The normal pH of the oceans is in the range of 8.1. Like the manmade global warming hypothesis and the progressive nitrogen limitation hypothesis, (see Claim 2b), the ocean acidification hypothesis is a model scenario based on theory, not real experimental data. The models in the IPCC reports project a maximum reduction in pH of 0.3 by 2100. They also claim that a reduction of pH will slow the growth rate of coral or worse. So, are the corals and shelled creatures in danger? Hardly.

These models use a purely geochemical approach and do not take into account the effect of living systems on pH. For example, photosynthesis is known to increase pH. Increased algae growth rate from increased CO2 can offset any drop in pH.  There is a temporary seasonal variation in pH from such processes that is greater than the projected pH changes from CO2[1]. Real experiments by bubbled CO2 through ocean water don’t result in the same pH changes projected by the models. In these experiments, no net negative effect on coral growth is seen even with actual acidification by adding hydrochloric acid. As a matter of fact, in these experiments a slight reduction in pH may have been beneficial.

As stated in Claim 2, item d, CO2 is less soluble in warmer water so temperature also affects pH. Warmer water means less CO2 is dissolved in it by giving off more CO2 to the atmosphere. A lower concentration of CO2 with warming should, if anything, raise the pH (less acid) not lower it (more acid). However, due to buffering, no net change in overall pH has been found other than temporary localized variations from other processes like photosynthesis and agricultural run-off.

When water is buffered, it has at least two related molecules or ions in balance that resist changes in pH of the solution by changing their ionic state when acids or bases are added or when diluted. Any added hydrogen ions from a more acidic solution causes a change in the ratio of the two buffer species offsetting any tendency to change pH. Water exposed to the atmospheric carbon dioxide is never neutral pH 7. It is in the range of pH 5.4. Oceans are in the range of pH 8 so it is obvious that the oceans are “buffered” against changes in pH by rain that is naturally more acidic. Biological systems and a complex mixture of buffering molecules/ions contribute to the buffering of oceans and other bodies of water, so that pH remains relatively steady over long periods of time under various stresses from sources ranging from acid rain to volcanoes.

Example: CO2 combines with water to form one of three forms of carbonate/-ic depending on the direction the pH is being pushed. These reactions can go back and forth between species as needed to maintain a constant pH.

The CO2 to carbonate series is one of the most important buffer systems in the oceans and is supplemented by carbonate in its various forms from erosion of rock. This example is simplified for clarity by leaving out other ions that affect pH such as Calcium, Magnesium, sodium, chlorine and sulfite (Ca++, Mg++, Na+, Cl–, SO3=). Chemicals produced by living organisms also affect buffering and overall pH.

Satire .. not quite dead. Yet.

Who Are the Greens?

People who love the planet earth are called Environmentalists or Greens.

Greens believe that the planet earth is being destroyed and everyone needs to work together to save it.

Greens think that people are bad and the planet is good. Some Greens call people a “cancer” on the earth.

The Greens believe that things that are already on the earth are “natural”. The Greens like natural things.

This includes trees, whales, snow leopards, icebergs, oceans, rainbows and lots more. Viruses, genetic defects, disease-carrying mosquitos, illness and death are all natural too. The Greens don’t mention these much.

The Greens believe that people are destroying nature when they make their lives better. Lots of people have better lives by using things made by modern science and technology.

The Greens don’t like modern things. They call them “un-natural”. 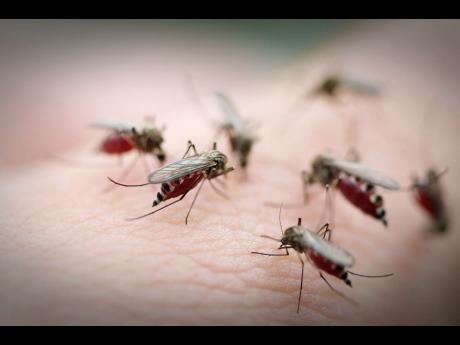 Some “natural” things are out to kill us. Humans are successful because…

“Q and A’s” proud boast, popular with its majority Leftist audience, is being champions of equality, compassion and to strictly condemn, name and shame those who fit a predetermined racist bent. I.e conservatives.

That said, did any panel members or audience question Ehrlich about his preference to which colour should be eliminated first?

I thought “Black-Lives-Matter” or is that simply another victomhood slogan designed by the Left to divide and silence?

Posted on September 12, 2013 by stevengoddard

“Q and A’s” proud boast, popular with its majority Leftist audience, is being champions of equality, compassion and to strictly condemn, name and shame those who fit a predetermined racist bent. I.e conservatives.

That said, did any panel members or audience question Ehrlich about his preference to which colour should be eliminated first?

I thought “Black-Lives-Matter” or is that simply another victomhood slogan designed by the Left to divide and silence?

Ehrlich Wanted To Poison Africans In Order To Control…

Claim 8: The world is in danger of catastrophic consequences of global warming such as sea level rise, polar ice and glaciers melting, growing deserts, worse storms, droughts and floods.

Truth: a.) Sea levels have been rising along with warming since the Little Ice Age at an average rate of 7 inches per century due to glacier melting and expansion of seawater with warming. This rate has not changed significantly in recent times. To claim that sea levels have risen, the IPCC used a tide gauge in Hong Kong that showed tide levels rising, not because of sea level rising, but because the land is sinking (subsiding).  Those islands that were supposedly in danger of being swamped have had almost no net sea level rise in all the years since the early predictions. Globally, some land has been lost due to sea level rise and subsidence, but more land has been gained by other forces.

Source: “Environmental Effects of Increased Atmospheric Carbon Dioxide”[1]  Note that it is not correlated to fossil fuel consumption

b.) Polar ice caps have shrunk and grown in recent years but overall they have remained relatively unchanged since preindustrial times. The media hype is about a theory that the Larsen Ice Shelf (in the more northerly Western Antarctica peninsula) might break away from Antarctica, causing rapid sea level rise of 5 meters (16.4 ft.). Although a part broke away in 1995, most experts say rapid collapse will not happen and any collapse and sea level rise would occur over centuries[2]. Both sea ice and ice cover have grown even more in other, more southerly locations on the continent. This year northern polar sea ice was thicker than usual so that there was some concern that the polar bears might have a harder time finding seals to eat. By the way, polar bear populations have been increasing in recent years.

c.) Glaciers have been receding since the Little Ice Age at a relatively steady pace that, along with water expansion with warming, accounts for much of the sea level rise. Melting of floating sea ice doesn’t cause a rising sea level. It is already displacing its weight in saltwater. Ice expands as it freezes, so that melt water shrinks as it melts, resulting in the release of the same weight of water as was originally displaced. Only land-based glaciers will have any effect on sea level. While most glaciers are receding, there are some that are actually growing.

d.) Droughts have not increased in recent times. Some years are worse than others, but the overall picture has not changed.

e.) Deserts are generally a result of geographic barriers and over grazing. Most of the Sahara Desert was once a grassy plain where livestock were grazed. It is a naturally dry area due to mountains to the west that block much of the moisture from the Atlantic Ocean. Overgrazing and loss of denuded top soil by winds had contributed to its expansion long before the industrial age. In most areas of the world, there has been no marked increase in the rate of desertification in recent times. Instead, deserts are greening as a result of higher CO2 levels that increase growth rates and make plants more tolerant of dry conditions by reducing the leaf pores. See previous post AGW Claims 2b The Benefits of Carbon Dioxide, answer c.

f.) Storms have not gotten worse. The dollar damages in some areas have increased due to increased urbanization, but not the severity of the storms themselves. The number of tornados has actually declined in the United States and their severity has not increased. The same is true of hurricanes and in recent years few have made landfall in the United States.