Bring back DDT – Save Africa and other impoverished areas 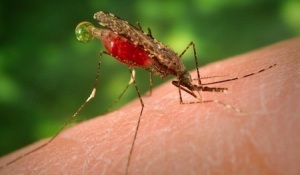 Over 80% of infectious diseases are caused by insects and other arthropods. DDT is desperately needed in impoverished countries where insect borne diseases kill and sicken millions every year, cutting lifespans and productivity.  Africa, India and South-Central Americas are most affected. This unpardonable crime amounts to continuing genocide of brown races by western powers.

Without these insect borne diseases, populations may increase at first, but better health will facilitate the building of infrastructure, agriculture and industry that can raise millions out of poverty, ignorance and hopelessness.  These changes will benefit the environment, because healthy people raised above dire poverty will be able to care for their environment.  Recent claims of mosquito resistance to DDT are grossly overblown and used as an excuse to prevent resumption for insect control.  WHO has required proof of NO resistance for its use in an area, but that requires proving a negative, which is impossible. The aim is not to kill every mosquito, but to reduce or eliminate the transmission of malaria and other diseases between insect vectors and humans.  Mosquitos emerge clean and must acquire malaria from infected people.  That’s why it did not return to countries where it was eliminated. Break the cycle to end the misery.

“How much labor and waste of time these wicked insects do cause, but a ray of hope, in the use of DDT, is now held out to us.”            — Out of My Life and Thought: An Autobiography, Dr. Albert Schweitzer (translated from Ma Vie et Ma Pensee)

DDT worked so well that malaria and similar diseases were eradicated in most developed countries and were near eradication in poorer countries before DDT was banned in 1972 by EPA in spite of failure to find any harm to humans or the environment by an overwhelming body of research.

“To only a few chemicals does man owe as great a debt as to DDT. It has contributed to the great increase in agricultural productivity, while sparing countless humanity from a host of diseases, most notably, perhaps, scrub typhus and malaria. Indeed, it is estimated that, in little more than two decades, DDT has prevented 500 million deaths due to malaria that would otherwise have been inevitable. Abandonment of this valuable insecticide should be undertaken only at such time and in such places as it is evident that the prospective gain to humanity exceeds the consequent losses. At this writing, all available substitutes for DDT are both more expensive per crop-year and decidedly more hazardous.”

Rachel Carson’s 1962 book, Silent Spring, was filled with lies, half-truths, misinterpretation of research results and wild speculations.  Rather than being an attempt to protect humans and the environment as stated, it was really part of an effort to stop population increases in Africa, India and other impoverished countries.

“My own doubts came when DDT was introduced for civilian use. In Guyana, within two years it had almost eliminated malaria, but at the same time the birth rate had doubled. So my chief quarrel with DDT in hindsight is that it has greatly added to the population problem.”

—Alexander King, cofounder of the Club of Rome, 1990

Population Bomb by Paul Erilich (1968) was a another book based on Malthusian, (overpopulation), eugenicist, racist lies, aka propaganda.

Population control groups such as the Club of Rome, supported by charitable foundations such as the Rockefeller Foundation, continue to spread the myth of overpopulation.  Many rural areas have too few healthy people to build roads, other infrastructure and industry.

In 1972 DDT was banned by US EPA Administrator William Ruckelshaus in spite of overwhelming scientific evidence presented at hearings that refuted claims of harm by activist groups such as Environmental Defense Fund and Audubon Society.

“DDT is not a carcinogenic, mutagenic, or teratogenic hazard to man. The uses under regulations involved here do not have a deleterious effect on fresh water fish, estuarine organisms, wild birds, or other wildlife…and…there is a present need for essential uses of DDT.”                — EPA Administrative Law Judge Edmund Sweeney, after months of hearings, “In the Matter of Stevens Industries, Inc., et al., L.F. & R. Docket Nos. 63, et al.). Hearing Examiner’s Recommended Findings, Conclusions, and Orders, April 1972.” (40 CFR 164.32). (Consolidated DDT Hearings)  As summarized in Barrons, May 1, 1972

Note that this case was brought on behalf of the Environmental Defense Fund, an advocacy group that opposed any use of modern fertilizers and pesticides as harmful to the environment, regardless of evidence to the contrary.

Beginning in the 1970’s, US AID, UN WHO, UNESCO and the World Bank have pressured leaders of poor countries to discontinue DDT as a prerequisite to receiving essential aid. This continues to the present with exception of WHO recently allowing limited spraying of interior walls in selected areas.

Although DDT is the most studied pesticide on the planet, it is still listed as an environmental toxin and possible carcinogen because the EPA listing has not been changed, in spite of all of the studies that failed to find harmful effects on humans or the environment.  It is much safer and more economical than any of the proposed replacements.

Verifying the Claims of Silent Spring

None of Rachel Carson’s “facts” about environmental and human harm were true. Most of the facts below, except where noted, are from “DDT: A Study in Scientific Fraud,” by J. Gordon Edwards, Journal of American Physicians and Surgeons Volume 9 Number 3 Fall 2004. (See link below)

Dr. Edwards examined each of Silent Spring’s claims and found them wrong and possibly fraudulent.

Not one person has been harmed or died from DDT.

DDT is not carcinogenic, mutagenic or teratogenic

Bird deaths, thin egg shells and buildup in the environment have proven to be false.

Aquatic life has not been harmed by DDT; it is practically insoluble in water, with only 1.2 parts per billion at saturation.

See “DDT: A Study in Scientific Fraud,” by J. Gordon Edwards, Journal of American Physicians and Surgeons Volume 9 Number 3 Fall 2004. On the web at:

See also “The Truth about DDT and Silent Spring” by Robert Zubrin, adapted from Robert Zubrin’s Merchants of Despair: Radical Environmentalists, Criminal Pseudo-Scientists, and the Fatal Cult of Antihumanism, published in 2012, in New Atlantis Books series. On the web at: