For a great history of Climate Change and Population Control Alarms watch this video from realclimatescience.com and Steve Goddard’s Youtube channel by Tony Heller.  A little long but well worth watching.  All scares are politics, not science. The aim is socialist/communist control – control of population, economy, politics, every facet of your life.

Check out my book Perverted Truth Exposed: How Progressive Philosophy has Corrupted Science on Amazon, and earlier posts here on this subject. The book covers some of the basic areas where science has been corrupted or replaced by philosophy disguised as science. The major scientific areas covered are Darwinian Evolution, Origin of Life Theories, Cosmology, Quantum Mechanics as the heart of Particle Physics, and the Climate Change debate.  I present facts and logic to make the point that these areas, regardless of the merit of the theories, are actually based on philosophy, not science, that fits an atheistic, anti-human, progressive political agenda.

via Kevin Sorbo discusses Climate Hustle 2 with Huckabee — Watts Up With That?

E10 petrol still emits carbon dioxide (CO2) when burned, just as biomass fuelled power stations do. So if there really was a ‘climate emergency’ this proposed change would have zero immediate effect on it. The report claims E10 ‘contains less carbon and more ethanol than fuels currently on sale’, but that’s negligible. What happens is […] 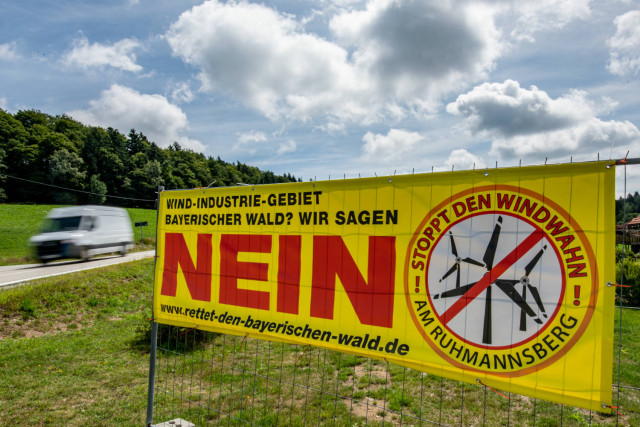 In one breath the wind industry and its acolytes talk about “saving the planet”, in the next they’re destroying it, wholesale. Millions of birds, bats and bugs are being wiped out with impunity. And millions of acres of forest have been treated with the same malicious contempt. In Scotland, since 2000, the wind industry has […]

Other data shows the USA wasn’t even close to a record. By Anthony Watts In a report generating substantial media attention this month, the National Oceanic and Atmospheric Administration (NOAA) claimed January 2020 was the hottest January on record. In reality, the claim relies on substantial speculation, dubious reporting methods, and a large, very suspicious,…

via NOAA Relies on ‘Russian Collusion’ to Claim January Was Hottest Month on Record — Watts Up With That?

The French get 85% of their power from nuclear plants and haven’t suffered so much as a scratch since they started in 1962. By contrast, the wind industry (which really only got off the ground in the late 1990s and still generates a trifling amount of electricity) has clocked up around 190 fatalities, so far (eg, […]

The wind industry has been slaughtering millions of birds, bats and insects for years; and offshore it’s been killing off whales and dolphins, as well. Energy power generation system takes its toll on the environment, but it’s only the wind industry that claims moral superiority over all others. That tenuous claim – which rests on […]

The wind industry claims a virtuous, moral superiority, but the millions of birds and bats that it slaughters each year, no doubt, think otherwise. If wind power proponents weren’t so arrogant and sanctimonious, the fact that their beloveds slice and dice countless birds and bats and crush millions of tonnes of beneficial insects each year […]

People send me stuff. This story is making the rounds on Facebook. From Goods Home Design: 60 Minutes On This Bicycle Can Power Your Home For Twenty-Four Hours Wouldn’t it be great to power your home without having enormous costs to starting a journey on the alternative road? Now, you can achieve that and also…

via Another sure-to-fail green idea: Power your home for 24 hours with a bicycle — Watts Up With That?

The so-called wind and solar ‘industries’ were built on lies, myths and propaganda and run on subsidies. As wind power ‘investor’ Warren Buffett put it: “We get a tax credit if we build a lot of wind farms. That’s the only reason to build them. They don’t make sense without the tax credit.” Buffett might […]