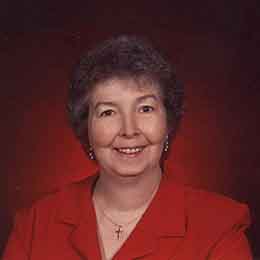 Kay Kiser is with us today to discuss the proliferation of the progressive philosophy throughout academia, her books, Darwin, and more.

Kay is a retired chemist with over 30 years of experience in industrial research and development. Professional roles include microbiologist, teacher, technical writer, inventor, lab manager/designer, and volunteer crisis counselor. She hold 5 patents, wrote/taught many technical manuals and procedures, and coauthored a chapter in an American Chemical Society book, “Radiation Curing of Polymeric Materials”. Mrs. Kiser is a lifelong researcher into all things related to science and history. She hold a Lifetime Achievement Award from Marquis Who’s Who, which has been featured in the Wall Street Journal, Nov. 26, 2018 and other publications. Kay is a conservative Christian, skeptic, iconoclast and seeker of truth.

She has published two non-fiction books in her Modern Mythology
Series, pointing out the myths that most of us have assumed to be true.
Her first book, “Perverted Truth Exposed: How Progressive Philosophy Has Corrupted Science”, presents logical arguments questioning long-standing scientific assumptions and world views in which progressive philosophy has been disguised as science in a nested series of theories. Examination of the history, philosophy and political connections reveals the flawed logic of many scientific theories. Academia has become a closed priesthood, not an open forum for truth. Adherence to the party line determines what research is done, funded and published.

Kay’s second book, “Saving Africa from Lies that Kill: How Myths about the Environment and Overpopulation are Destroying Third World Countries” is an Award-Winning Finalist in the Social Change category of the 2019 International Book Awards. It exposes long-standing crimes by international organizations that keep developing nations poor, isolated, ignorant, sick and, most of all, controlled, all based on the myths that overpopulation has caused environmental harm, and assumed genetic inferiority of impoverished cultures. Poverty, not overpopulation, causes environmental harm.

TO Buy this book from Amazon click on the link below.

Darwin’s Doubt: The Explosive Origin of Animal Life and the Case for Intelligent Design

via Where particle physics intersects with ‘climate science’ — JunkScience.com

Is the universe expanding from a Big Bang or is it a misinterpretation of the redshift of light?

The Big Bang and the expanding universe probably are illusions that fit the progressive agenda of an ever evolving universe.

It also closes the door on the infinite series of cause and effect that requires a first cause outside the system to get it started, aka God/ creator/ overarching, pre-existing force.  If time itself began with the Big Bang, there can be no “before,” thus cutting off any consideration of a first cause.

The Big Bang theory is based on three things:

1.) An interpretation of the redshift of light from other galaxies as speed of recession,

3.) The Cosmic Microwave Background (or CMB) interpreted as the far red shifted afterglow of the Big Bang.

Redshift is really the shift of the dark absorption lines of elements to longer, redder, wavelengths. Hydrogen is usually used because of its abundance.

Before discussing redshift to distance let me set the stage. It’s the 1920s.

Before telescopes were powerful enough to see individual stars in other galaxies, our galaxy was assumed to be the entire universe and galaxies were assumed to be clouds of glowing gas called nebulae (meaning clouds) within our galaxy.

We now estimate there are over 100 billion galaxies in the observable universe.

Cepheid variable stars with the same variability period had been determined to be the same brightness everywhere, which made them a “standard candle” to determine distance, first in our galaxy and then in other galaxies. When individual stars were first seen in other galaxies, using the most powerful telescope of the time, nebulae were identified as other “island universes,” aka galaxies.

Redshift of stars in our galaxy were determined to be caused by their speed moving away from us. The faster, the greater the redshift by the Doppler Effect, where light is “stretched” by the speed of the source.

Redshifts in nebulae (nearby galaxies) were known to be greater than redshifts within our own galaxy.

Edwin Hubble discovered the red shift to distance relationship for nearby galaxies, based on Cepheid variable stars within them. By this he calculated that farther is redder.

Because the redshift from nearby stars in our galaxy had been recognized as indicating their speed away from us, this new redshift was assumed to mean speed of recession of galaxies.

Hubble noted that the redshift to distance relationship was only linear if he assumed fixed, not receding galaxies.

He was also uncomfortable with the extreme speeds calculated from redshift which were rapidly approaching the speed of light with increasing distance.

He spent the rest of his life trying to convince others that they were wrong about redshift meaning speed of recession.

Today’s redshift calculations exclude nearby galaxies as being affected by gravity of the Local Group of galaxies.

Cosmological and relativistic terms have been added to the calculations, so the relationship is no longer linear

A redshift of 1, as a simple ratio, is equal to the speed of light; we now have redshifts greater than 8.

This made it necessary for cosmologists to assume that space itself between galaxies is expanding faster than the speed of light, the upper limit of speed for ordinary matter.

Fritz Zwicky, a contemporary of  Hubble, proposed that the red shift is from loss of energy by gravitational interaction over time that fits observations better than other non-speed related theories.

To be a valid theory, the redshift must occur uniformly for the entire spectrum and not blur or obscure distant objects by scattering light. All theories based on repeated collisions in space do not fit these requirements.

History rewritten: Modern cosmologists claim Zwicky’s theory was about collisions. His original paper[1] discussed collision related theories and eliminated them in favor of gravitational influence over time and distance.

More recently Steven Weinberg and others have raised speculation that mirrored Zwicky’s theory of gravitational influence over time causing red shifts, but they were not ready to abandon the expanding universe paradigm.

“The frequency of light is also affected by the gravitational field of the universe, and it is neither useful nor strictly correct to interpret the frequency shifts of light…in terms of the special relativistic Doppler effect.” Steven Weinberg and Jaylant Narlikar and John Wheeler,  quoted in “Galaxy Redshifts Reconsidered,” by Sten Odenwald and Rick Fienberg, Sky &Telescope, February 1993 issue.

The Cosmic Microwave Background (CMB) is interpreted as the far red shifted afterglow of the Big Bang. However, the temperature of thinly dispersed matter in space as a result of residual starlight was earlier calculated and predicted by Guillaume, (5 K < T < 6 K),26 Eddington, (T = 3.1 K), Regener and Nernst, (T = 2.8 K), McKellar and Herzberg, (T = 2.3 K), Finlay-Freundlich and Max Born, (1.9 K < T < 6.0 K) based on a universe in dynamical equilibrium without expansion.[2]  Penzias and Wilson experimentally found the cosmic microwave background radiation to be consistent with a temperature of 2.7 K. Gamow, who had claimed to be the originator of the Big Bang Theory, also erroneously claimed he had been the first to predict the background temperature and claimed the result as evidence for the Big Bang. However, his estimate was not only not the first, but was 7 K with an upper limit of 50K.

Did Einstein really say his cosmological constant (for a non-expanding universe) was his biggest mistake?

The so-called Einstein quote that his cosmological constant was the “biggest blunder” of his life was only claimed by George Gamow  in 1970, 15 years after Einstein died.

Einstein’s friends and research associates denied it but claimed that, if he said it, it was a joke. (the polite way to avoid calling Gamow a liar.)

Conclusion: If the universe is not expanding from a Big Bang, it can be far larger and much older than the Big Bang theory allows. The observable universe, observed back to approx. 13.5 billion years, may be a small corner of a much grander universe, which could allow more time for formation of galaxies and larger structures without the proposed dark matter influence. Exotic inventions such as expanding space, dark energy and dark matter may not be necessary.  Recent work using  near-infrared data from the Spitzer space telescope to more accurately estimate mass of numerous galaxies explains galaxy rotation speeds without resorting to exotic dark matter.[3]

Want to know more about this and other Modern Myths including climate change, evolution, origin of life or quantum physics? See related posts on this website or buy the book Perverted Truth Exposed: How Progressive Philosophy Has Corrupted Science in print or as e-book/Kindle on line at WND Superstore (the publisher) or at Amazon, Books-a-Million or Barnes & Noble .

4.5 out of 5 stars 2 customer reviews on Amazon

In Perverted Truth Exposed, Kay Kiser exposes areas of science that have been corrupted by progressive and atheist philosophies disguised as science, including the theories of evolution, origin of life, cosmology, and quantum physics.

Did Darwin really steal his theory of evolution from Alfred Wallace?

Why did Wallace later abandon the theory as not having sufficient evidence?

If Hubble discovered the expanding universe leading to the Big Bang Theory, why did he continually try to convince others that their conclusion was wrong?

Is man-made carbon dioxide causing global warming or is it a trailing indicator of climate change in a system dominated by solar cycles, cloud cover, and ocean currents?

In Perverted Truth Exposed, T. Kay Kiser uses facts and logic to expose areas of science that have been corrupted by progressive and atheist philosophies disguised as science, including the theories of evolution, origin of life, cosmology, and quantum physics. The climate change debate presents a modern example of how the perversion of science is politically imposed to support an anti-God, anti-human progress agenda of Marxist control and power while silencing opposition through intimidation.

Written in a conversational style for everyone, it is available online at www.superstore.wnd.com, (World Net Daily, publisher), Amazon.com, BarnesandNoble.com, BooksAMillion.com, in print or e-book as Kindle and Nook.  Signed copies are available from the author for $23.99 by writing to her at PO Box 6052, Kingsport, TN 37663. She can be contacted at kaykiser70@gmail.com. To see previews from the book & related posts go to her website at www.realscienceblog.com.